Trade dynamics and external demand: the case of Portuguese exports to Spain

All macroeconomic projections and forecasts – including those produced by the CFP – are based on assumptions concerning external demand directed towards the economy that seek to anchor exports expectations. The analysis is generally made on the basis of the trade relations and equations that use aggregate variables, for example, the dynamics that influence the trade relations of a particular country with its main trade partners. Analyses at the component level may reveal useful information and so contribute to a better understanding of the trade dynamics of a certain economy – which is naturally of particular importance to small, open economies such as Portugal.

In this context, we have conducted a brief econometric analysis that seeks to assess the sensitivity of Portuguese exports to Spain to changes in domestic demand components and to Spanish exports. Quarterly figures were used that cover the period from 2000 to 2016; in the final year exports to Spain accounted for 21% of total Portuguese goods and services exports, making that country once again the main destination. The analysis is based on six variable VAR models (unless stated otherwise the variables relate to the Spanish economy): total exports, public consumption, private consumption, gross fixed capital formation (GFCF), Portuguese exports (of goods and services to Spain) and, lastly, the ratio between the Portuguese goods and services export deflator and Spain’s  GDP deflator.

Panel 1 shows the reaction of Portuguese goods exports to Spain to shocks in domestic demand components and in Spanish total exports. A shock of one standard deviation in GFCF growth in Spain has a positive and swift reflection on growth of exports to our neighbour, which is also the case when Spanish exports grow faster (in both cases the effect fades after a quarter). This suggests that Portuguese exports are in some way integrated in the productive processes of Spanish economy and the international value chains to which it belongs. Note that in the quarters that make up the period under review, machinery and other capital goods exports, transport material and industrial supplies represented, on average, 64% of total goods exported to Spain. A positive change in the growth of private consumption in Spain is also associated with a rise in Portuguese exports to that economy, and that change takes place one quarter later. Nonetheless it must be stressed that changes in public consumption in Spain do not appear to have any effect on the growth of Portugal’s exports to Spain. 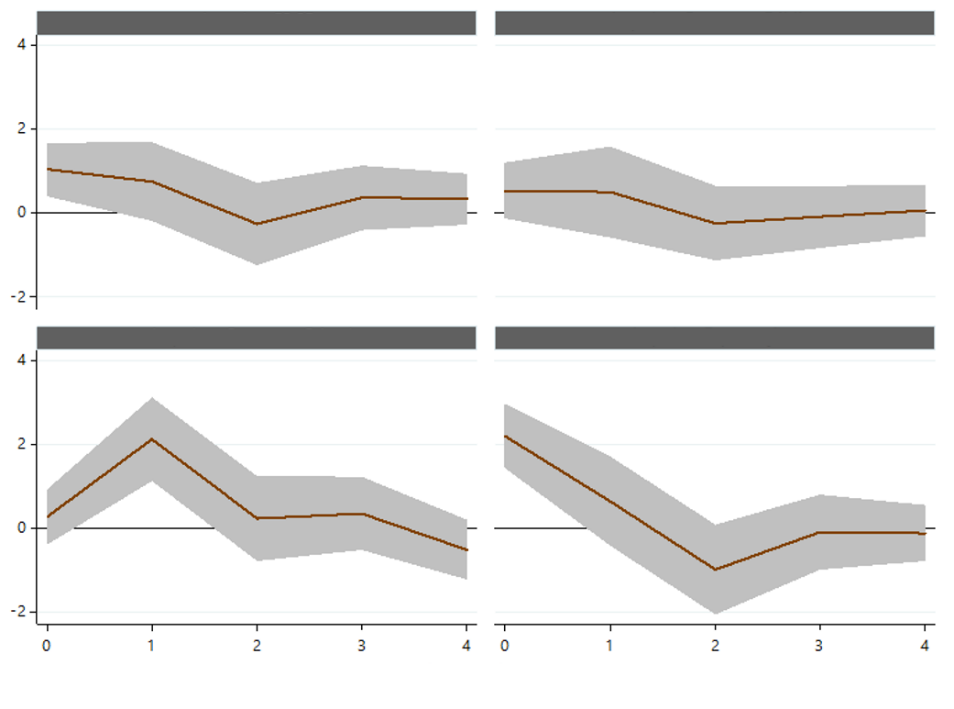 Panel 2 repeats the exercise for Portugal’s services exports to Spain. Once again, the increase in the growth of public consumption appears not to have any effect on the variable in question. That is also the case with a positive shock in Spain’s exports, although here a positive effect after one quarter it is estimated; however, this is not significant from a statistical standpoint. While a positive shock in Spain’s GFCF seems to generate a positive response from Spanish services exports, which proves to be statistically significant after four quarters. The response to an impulse shock in private consumption is equally positive, arising after two quarters and remaining so for four quarters – which is not surprising given that “Travel and tourism” account, on average, for 48% of services to Spain in the period under review. 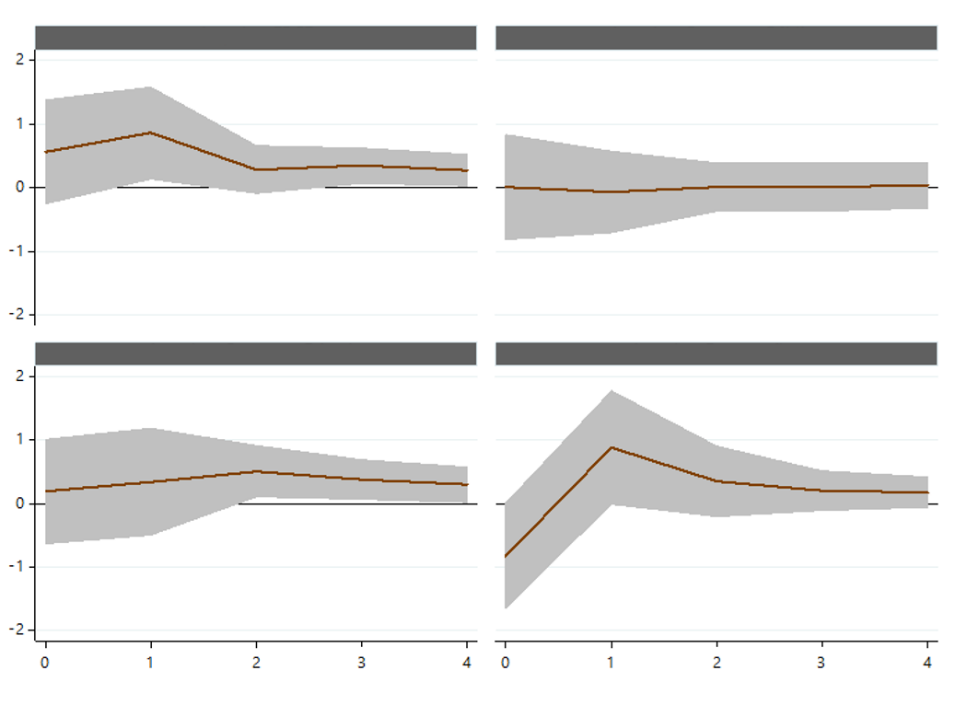 This type of analysis provides useful data for reviewing the dynamics underlying the relationship between exports and external demand and so better inform the qualitative judgement to which the forecasting model results should be subject. The brief study shown here is exploratory and, as such, points the way to future developments. It would be useful to know, for instance, the type of patterns followed by Portuguese exports in other countries, such as France, Germany, United Kingdom, USA and Angola. It is also possible to study how specific categories of goods and services respond to impulses in those countries – it is to be supposed, for example, that shocks in domestic demand in the UK are reflected in a particularly clear manner in export of services relating to tourism to that country. A more ambitious development would be to test the hypothesis that analyses of this type supply information that, when incorporated in the equations of export forecasting models, could constitute a refinement and produce more accurate estimates.

“Box 1 – Trade dynamics and external demand: the case of Portuguese exports to Spain”, initially published in the Report 7/2017, “Public Finance: Position and Constraints 2017-2021 – Update”, from September 2017.

Trade dynamics and external demand: the case of Portuguese exports to Spain