The Senior Board is CFP’s highest body and is responsible for fulfilling the Council’s mission, the performance of its tasks, the definition of its action plan and the approval of its internal regulations.

The Senior Board is a collegiate body and comprises five members, appointed by the Council of Ministers following a joint proposal from the Chair of the Court of Auditors and the Governor of the Bank of Portugal. The current members were appointed by the Council of Ministers Resolutions no. 1/2012 (19 January), no. 35/2014 (18 November), no. 105/2017 (19 July) and no. 34/2019 (15 February).

The CFP’s Chair is an Associate Professor at the School of Law, University of Lisbon, and has been a teacher at several Portuguese and foreign universities, working as a researcher with various articles and books published, mainly in the public finance, public budgeting and social security domains.

Between 1997 and 2002 and between 2005 and 2007, Nazaré da Costa Cabral worked as a legal advisor and consultant in governmental offices within the Labour and Social Security areas. During this period, she also joined several working groups that reviewed legal diplomas in the social security field.

Later, in 2015 and 2016, she was part of the project "National feasibility assessment of the different European unemployment benefit schemes options", of the consortium led by the Center for European Policy Studies (CEPS), in charge of assessing the conditions and feasibility of creating a European-wide unemployment subsidy.

More recently, in 2018, she was a member of the High Level Expert Group on Pensions and an expert on the European MoveS project (Network of independent experts in the fields of free movement of workers (FMW) and social security coordination), in a consortium led by EFTHEIA with the European Commission.

Paul De Grauwe is John Paulson Professor in European Political Economy at the London School of Economics. He is also a Research Fellow at the Centre for European Policy Studies, in Brussels, and at Centre for Economic Policy Research, in London. Paul De Grauwe was a member of the Belgian Federal Parliament between 1991 and 2003. He was also a member of the Group of Economic Policy Analysis advising the European Comission President, José Manuel Durão Barroso.

His research activity focuses on international monetary economics, monetary integration, exchange rate economics and open-economy macroeconomics. His extensive list of publications includes articles available at the CEPS, CEPR and other think tanks’ websites. He has published many books including “The Economics of Monetary Union”, Oxford, “International Money. Post-war Trends and Theories”, Oxford, “The exchange rate in a behavioural finance framework”, Princeton, 2006 and “Lectures on Behavioral Macroeconomics”, 2012.

He coordinated ISEG teams that developed studies for the European Commission and the Portuguese Government. He has developed his research activity in the area of macroeconomics, analysis of the efficiency of public expenditure and economic growth. He is the author and co-author of several books and book chapters, and articles in international scientific journals such as Applied Economics, Energy Economics, Ecological Economics, Economics of Education Review and others. 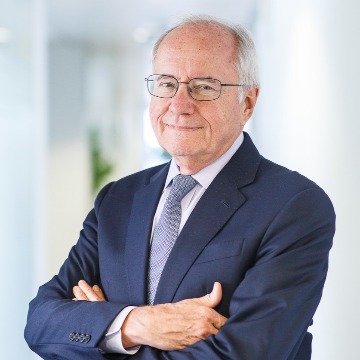 George Kopits is a visiting professor at the Central European University. His current research interests include monetary and fiscal policies and institutions, in the context of financial and healthcare crises. In 2011-20, he was a global fellow at the Woodrow Wilson Center (Washington) and a member of the Public Policy Dialogue, Federal Ministry of Finance (Berlin). In 2012-13, he chaired the OECD Reference Group on Independent Fiscal Institutions and participated in Peru’s Commission on Strengthening the Macro-Fiscal Framework. In 2009-11, Kopits served as the first chair of the Fiscal Council in Hungary— elected unanimously by Parliament. In 2004-09, he was a member of the Monetary Council, National Bank of Hungary. Previous positions include assistant director at the International Monetary Fund, and financial economist at the Office of the Secretary, U.S. Treasury Department. Besides involvement in policymaking in Hungary and the United States, Kopits headed technical assistance teams and was invited to give advice on economic policy issues to governments in Europe (Austria, Belgium, Ireland, Ukraine, Russia, United Kingdom), Latin America (Argentina, Brazil, Costa Rica, Ecuador, Mexico, Peru, Venezuela), Asia (China, India, Indonesia, Israel, Japan, Thailand), and Africa (Madagascar, Nigeria, South Africa). 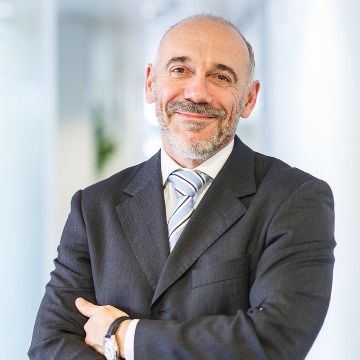 Carlos Marinheiro is Assistant Professor at the Faculty of Economics, University of Coimbra. He holds a PhD in Economics by the Katholieke Universiteit Leuven (Catholic University of Leuven), Belgium (2003), an MBA by the Katholieke Universiteit Leuven (2000), a Master in European Economics (1996) and a BA in Economics (1993) by the University of Coimbra, Portugal. His research interests have focused on the areas of fiscal policy and European integration. Recent titles include: “Fiscal sustainability and the accuracy of macroeconomic forecasts: do supranational forecasts rather than government forecasts make a difference?”, International Journal of Sustainable Economy (2011); “The stability and growth pact, fiscal policy institutions and stabilization in Europe”, International Economics and Economic Policy (2008); “The sustainability of Portuguese fiscal policy from a historical perspective”, Empirica (2006).

Conjointly with his academic career, he was collaborator of the Parliamentary Budget Technical Support Unit (UTAO) of the Portuguese parliament, since the start of its activity in November 2006, and served as its Coordinator from March 2011 to February 2012.