Analysis of the Draft State Budget for 2023 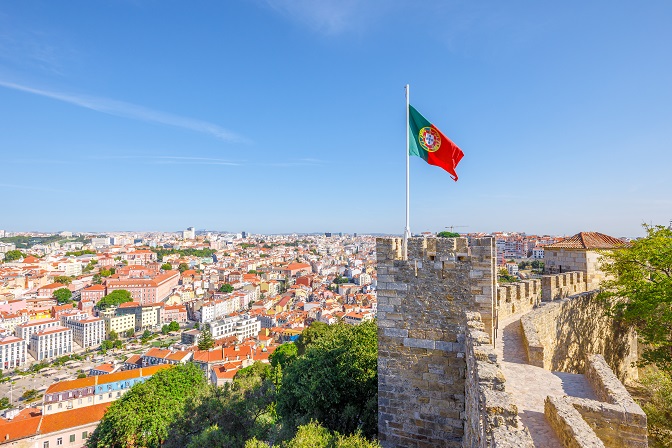 The Draft State Budget (DSB/2023) foresees a deficit of 0.9% of GDP for 2023, 0.2 p.p. higher than the goal set out in the Stability Program presented in March by the previous Constitutional Government (SP/2023). The interest burden justifies this higher deficit, reflecting the worsening cost of financing in the markets. Notwithstanding this revision, excluding the effect of one-off measures, the pace of the annual reduction envisaged for the deficit is, even so, higher than the forecast in that document. The envisaged improvement brings it closer to a balanced position, allowing for a safety margin to respond to normal cyclical fluctuations without incurring in an excessive deficit situation.

The dissipation of the effects of measures in response to the pandemic crisis and the geopolitical shock are responsible for the largest contribution to the reduction of the deficit in absolute (nominal) terms, accompanied to a lesser extent by the macroeconomic scenario whose contribution essentially reflects the effect of prices in a context of inflation. Altogether, these contributions amount to €8808 million, more than enough to accommodate the unfavourable impact on the budget balance of the discretionary measures of a permanent nature specified in the DSB/2023 (€7280 million) and the equally unfavourable impact of higher expenditure on one-off measures in 2023 (€436 million).

The nominal deficit reduction foreseen in 2023 also depends on the materialisation of "other effects" with a €1 050 million positive impact on the budget balance, which are not explained by the macroeconomic scenario nor by the policy measures underlying it. Part of the impact on the budget balance of such "other effects" stems from the effects of measures not specified in the forecast, or from the conditional use of the budgetary appropriations the policymaker has at his disposal, within the framework of discretionary management that ensures the fiscal targets.

Also in the context of the assessment of the fiscal forecast for 2023, the CFP projection exercise carried out on the basis of the macroeconomic scenario and the policy measures envisaged in the DSB/2023 points to a deficit of 1.1% of GDP and to a debt ratio of 111% of GDP. However, this projection would be 0.4 p.p. of GDP lower for each of those indicators if the Ministry of Finance assumptions for the "other capital expenditure” reduction were to be admitted.

The DSB/2023 forecasts that the general government revenue as a ratio to GDP will be 44.5%, 0.4 p.p. of GDP more than that estimated for 2022. Capital revenue will increase its share of GDP by 0.9 p.p., reflecting the expected transfers increase to be received under the Recovery and Resilience Plan (RRP), which more than offsets the 0.5 p.p. of GDP tax burden decreased forecast. According to the MF's estimate, the tax burden will reach a new peak in 2022 since 1995 (35.6% of GDP). In absolute terms,  public revenue should reach €111 027 million, growing €6218 million from the previous year estimated value. Tax and contributory revenue will account for part of this growth, largely based on the macroeconomic scenario expected evolution. The tax revenue forecast points to a variation slightly above the one expected for the underlying macroeconomic aggregates, due to the fact that indirect taxes, and more specifically VAT and excise taxes, show above unit elasticities in relation to nominal private consumption, although this apparent overestimation is mainly a reflection of an underestimation of the outcome estimated for 2022. It should also be noted that a possible overestimation of indirect taxation would be offset by the fact that the corporate income tax shows a low elasticity (0.5) leading to corporate taxation revenue growth considerably below the evolution forecast for economic activity. Thus, based on the macro scenario of the budget proposal, the tax revenue forecast for next year seems broadly attainable. The social contributions revenue evolution is fundamentally underpinned by the forecast increase in actual social contributions which, which based on  an unitary elasticity to remunerations are expected to grow more moderately than suggested by the recent years evolution pattern. Non-tax and non-contributory revenue, driven by expected RRP funds, will justify a similar contribution to total public revenue evolution. However, this growth suggests an overestimation due to the non-specification of measures justifying the increase set out by the MF in the DSB/2023.

Public expenditure as a share of GDP should decrease from 46.0% in 2022 to 45.4% in 2023. This forecast reduction of 0.6 p.p. of GDP (which excluding the effect of the RRP would be 1.7 p.p. of GDP) benefits from the denominator effect, since nominal GDP forecast growth  (4.9%) is higher than that of public expenditure (3.7%). In nominal terms, General Government expenditure should increase by €3995 million and reach €113 233 millions in 2023. The expected increase is mostly justified by current primary expenditure, which should increase by €2220 millions, of which €1430 millions in compensation of employees (this will be the most significant nominal increase since 2013, mainly due to wage increases and the upgrading of careers in the public administration) and €1388 millions in intermediate consumption (for which the MF foresees a carry-over effect of around €1078 million). In the opposite direction, the MF foresees reductions of €1002 million in subsidies and €71 million in social benefits, under the assumption that the impact of the extraordinary support to families and companies granted in the context of the geopolitical shock and the rise in prices will dissipate, as well as the elimination of the COVID-19 measures by the end of this year. It should be noted, however, that in the case of social benefits, the measures presented in the DSB/2023 imply a much more significant reduction, which suggests that there may be budgetary room for new policy measures. For the first time since 2014, the interest burden should record an increase (of €1197 million), interrupting the downward trend evidenced since then. An increase of €578 million in capital expenditure is forecasted as a result of an rise of €2323 million in GFCF (which will be the most significant in the INE statistical series in absolute terms, driven by the acceleration of public investment to be carried out under the RRP) and a reduction of €1746 million in "other capital expenditure", even though the policy measures specified by the MF do not justify such a significant decrease.

The structural deficit underlying the DSB/2023 should be 0.9% of GDP. This estimate, which excludes the effect of the economic cycle and one-off and temporary measures, points to an improvement of the structural balance by 1.5 p.p. of GDP in 2023, in the context of a pro-cyclical restrictive fiscal policy stance. The restrictive stance is mitigated by the RRP which provides the economy with a direct stimulus of more than 1% of GDP that is not reflected in the worsening of the deficit.

At the same time as the DSB/2023, a draft law on the major planning options was presented which includes a multiannual framework of public expenditure (MFPE) for the period from 2023 to 2027. This situation shows the continued prevalence of an annual budgetary logic to the detriment of the medium and long-term perspective, which means that, in practice, the MFPE is currently more of a formal exercise than an instrument of budgetary accountability. The multiannual framework also has several weaknesses, particularly with regard to fiscal transparency.

The Ministry of Finance forecasts that the public debt ratio will decline for the third consecutive year, anticipating a decrease of 4.2 p.p. of GDP, to 110.8% of GDP in 2023. The dynamic effect justifies this decrease, strongly influenced by the GDP effect (-5.4 p.p. of GDP), and also by the primary balance effect (-1.6 p.p. of GDP). These favourable contributions to the reduction of the public debt ratio cancel out the unfavourable impact of the interest effect (2.5 p.p.) and the deficit-debt adjustment (0.3 p.p. of GDP). The State’s gross borrowing requirements should, according to the MF forecast, increase in 2023, being the State net financing ensured mainly by the issuance of Treasury Bonds (104% of net issuance).

The significant increase in interest foreseen in the DSB/2023 is reflected in the increase in the debt implicit interest rate for the first time since 2011. The MF forecasts that this interest rate will rise from 1.8% in 2022 to 2.2% of the average debt stock in 2023. It is expected that the current context of rising inflation and consequent monetary policy normalization measures, as well as the uncertainty generated by the Russia-Ukraine war, will continue to contribute to the gradual increase in financing costs. On the other hand, it should be noted that the repercussion of the interest rates rise on the debt cost will be gradual, since it only affects the proportion of debt to be refinanced annually. In the CFP exercise that incorporates the assumptions underlying the DSB/2023, the weight of interest is projected to be lower (2.2% of GDP) than that forecast by the MF for 2023 (2.5% of GDP).

The fiscal forecast for 2023 is subject to a number of budgetary risks which were highlighted by the CFP in the update of the Economic and Fiscal Outlook 2022-2026, and which the analysis of the DSB/2023 has reinforced. In this context, the three main risks are highlighted, which are related to:

Analysis of the Draft State Budget for 2023 (in Portuguese only)