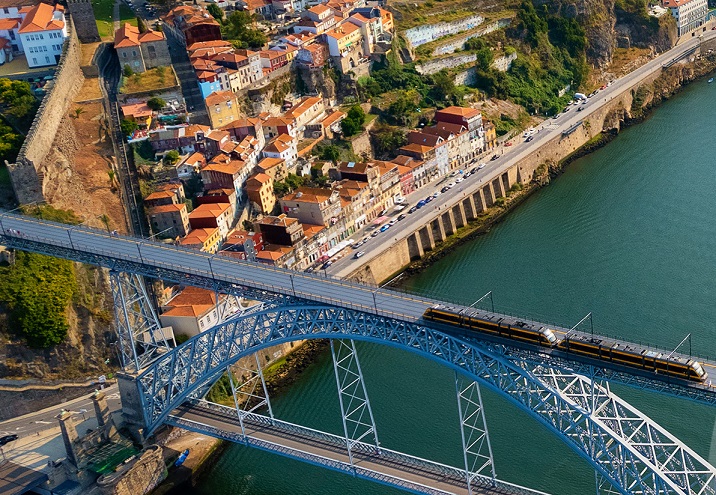 Thus, this Report is based on the public budget accounting figures for 299 of the 308 Portuguese municipalities (representing 98.1% of the effective expenditure of 2019). In this universe, the Local Government will have presented a budget deficit of 15 million euros (M€) in 2021, the first since 2013, a result which was, however, lower than that forecast by the State Budget for 2021. The increase in municipal expenditure in 2021, which was higher than the increase in revenue, contributed to this performance, although the latter aggregate has recovered from the fall recorded in 2020.

The municipalities revenue increased by 11%, more than double that forecast in the State Budget for 2021 for the local sub-sector (4.8%). Transfers and tax revenue evolved much more favourably than forecast in that budgetary programming document. The positive performance of transfers is explained by sharing of State taxes with local authorities and by the transfers from European funds to co-finance municipal investment, as well as the transfer of funds to support the decentralisation process underway. The growth of tax revenue was almost exclusively due to the strong increase in property transaction taxes (IMT) revenue (+37.7%), contrary to the decrease forecast in the State Budget for 2021.

Notwithstanding the limitations regarding the complete availability of budgetary and financial information, there is evidence that the outstanding expenditure of municipalities will have decreased in 2021, both in terms of non-financial liabilities and accounts payable. On the other hand, the debt already due and in arrears will have remained at the same level as in 2020, although some municipalities have recorded a worsening of this indicator.

Based on these data, which are of a preliminary nature and with the limitations indicated above, the continued impact of the pandemic crisis is visible, particularly on expenditure, although there is also some recovery, namely in relation to tax revenue of municipalities, which is not unrelated to the greater dynamism of the real estate market. The increase in capital expenditure (e.g. investment) supported by capital transfers, namely European funds, should also be noted. Even so, the available data show some deterioration in the financial capacity of municipalities, putting at risk the presentation of a balanced budgetary balance for the subsector as a whole.

The limitations on the available information, to which the delays and obstacles in the implementation of the SNC-AP in local authorities continue to contribute, as well as various difficulties in the legally foreseen reporting, are still visible in 2022, without prejudice to the progress recorded in the meantime. By way of illustration, in the Budget Execution Summary published in August, relative to July 2022, the Directorate General for the Budget (DGO) had to estimate the execution of 9 municipalities that had not yet reported the budgetary information relative to July 2021, and for the same month in 2022, information regarding 69 municipalities is missing (which compares with 27 and 280 missing municipalities, respectively for the immediately preceding and current year, for the July 2021 summary).

Given these developments, in order to ensure greater transparency of the fiscal and financial evolution in the sub-sector, it will be fundamental that the municipalities with missing information (and other local authorities and entities) provide the information under the legally established terms, particularly to the DGAL, and comply with the duty to publish the documents of accountability on the respective institutional websites, a respect for the commitment to transparency that does not always occur.