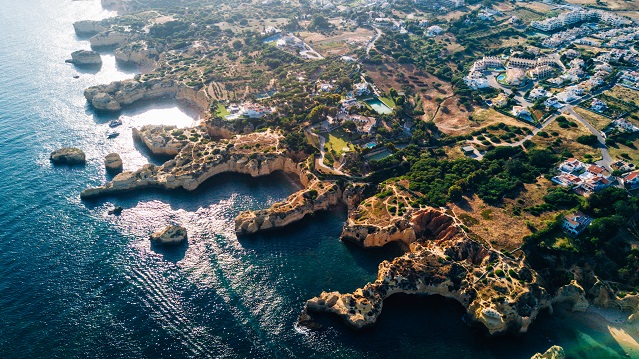 The response to climate change will demand profound transformations in social and economic systems, requiring significant investments from both the public budget and the private sector. This occasional paper, by Erica Marujo, Nuno Gonçalves and Rui Dias, contextualizes the issue of climate change in the Portuguese economy and analyses its effects on public finances.

In an analysis of the current situation regarding the evolution of national emissions of greenhouse gases (GHG) and other indicators of vulnerability and exposure to climate change, Portugal is in a relatively vulnerable position in terms of exposure to physical risks when compared to other European countries, particularly in terms of exposure to the risk of water stress (droughts), wildfires and heat waves. In terms of mitigation and adaptation policies, Portugal is currently implementing several measures in order to achieve carbon neutrality by 2050. Despite the approval of several climate action plans, there is a clear need for better articulation between the various instruments and to develop their financial dimension in order to ensure greater transparency of the inherent processes and to secure the achievement of the agreed targets.

The macroeconomic effects of climate change are difficult to model and are therefore enveloped in high uncertainty. The multiple scenarios of macroeconomic evolution are a fundamental tool both in supporting the formulation of the country's climate policy, and in mitigating the economic impact of policy choices. The studies researched by the authors of this occasional paper conclude that, in general, complying with the Paris Agreement without adopting appropriate mitigation and adaptation measures is not enough to limit the adverse macroeconomic effects of climate change in a relatively short horizon. For Portugal, achieving the Paris Agreement target does not prevent a negative impact of 0.2% on GDP per capita or 0.4% on GDP by 2050, compared to a scenario without climate change. In a more severe scenario of a 3.2o C increase in global temperatures by 2050, the estimated impact is between -1.2% in GDP and -2.5% in GDP per capita, compared to a scenario without climate change. The preponderant role of the climate dimension in the formulation of economic and fiscal policies in the short, medium and long run imposes the inclusion of the climate dimension in the macro-fiscal projections underlying the budgetary programming documents.

The National Roadmap for Carbon Neutrality 2050 estimates the additional investment needed to achieve carbon neutrality in Portugal, from 2016 to 2050, at about 1.2% of GDP/year. However, the overall estimates of the costs associated with adaptation measures are unknown, although these are identified as high in several documents. These estimates compare with the national expenditures on environmental protection corresponding to 1.4% of GDP in 2018, of which about 12.6% were allocated to public administrations. Although their weight has increased in recent years, these accounted for only 1.4% of public expenditure in 2019 (rising to 5.9%, about 2.5% of GDP, if public expenditure on transport, fuel and energy and water supply are also considered). On the revenue side, environmental taxes amounted to 2.6% of GDP in 2020 (2.7% in 2019), three-quarters of which related to energy taxes, which include the tax on oil and energy products as well as GHG emission allowances.

The european funds, with (multi-annual financial framework) or without national co-funding (Recovery and Resilience Plan), attain a fundamental importance in the financing of the responses to climate change. For Portugal, it is estimated that there are approximately 9 billion euros of European funds available between 2021 and 2030, to which are added, until 2023, part of the funds not implemented under the previous multi-annual financial framework (PT2020), totalling almost 11.3 billion euros. The associated financial volume raises questions about the execution capacity, either by comparison with the current level of expenditure directly or indirectly related to the environment or with the execution in this area in the PT2020. However, they become essential given the estimated investment needs. Although it is not mentioned in the recently approved Climate Framework Law, the Environmental Fund, created in 2016, is particularly relevant as a national financial instrument for climate transition. Namely, the revenues from the auctions of GHG emission allowances, as well as the carbon surcharge to the tax on oil products, are consigned to this fund. Moreover, the fund has taken added competences regarding the operationalization of European funds.

Climate change: macro-fiscal risks and challenges (in Portuguese only)