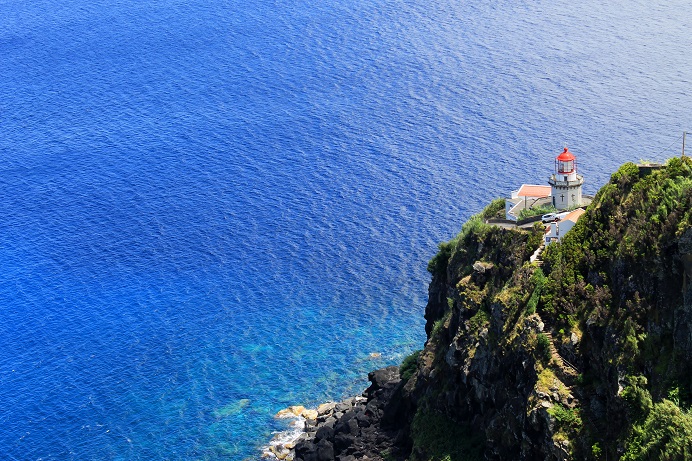 In the report "Fiscal Risks and Public Finance Sustainability ", now published by the Portuguese Public Finance Council, productivity growth in Portugal is identified as the main macroeconomic risk in the long term. The CFP projects that between 2021 and 2035 real GDP will grow at an average of 1.9% per year. In this horizon, in the absence of shocks, the pace of growth of the economy should converge to 0.7% in the long term, in line with the potential growth estimated for the Portuguese economy. In the CFP scenario, the recovery from the pandemic shock and the convergence of labour productivity growth to 1.1% in the long run are dependent on the robustness of capital intensity. The contribution of capital accumulation, in the long run, assumes the maintenance of favourable financing conditions and the stabilization of the investment to output ratio around the values projected for the end of the implementation period (2021-2026) of the Recovery and Resilience Plan - which presupposes an efficient implementation of the plan and the absorption of such funds by the economy.

Climate change and its direct and indirect impacts are a strong challenge in all countries of the world. The short-term and long-term downside risks to the Portuguese economy and public finances are expected to increase substantially as a result of the physical and transition risks induced by climate change. Although Portugal has already approved several action plans aimed at the transition to carbon neutrality of the economy, these present an insufficient survey of investment needs to be made, both by the public and the private sectors, and the respective sources of funding. It is therefore urgent to develop its financial dimension to ensure the achievement of the agreed targets.

In 2019, compensation of employees together with social benefits, two of the main expenditure components that can be classified as rigid expenditure, accounted for almost three quarters (74.4%) of adjusted primary expenditure, a share that has been increasing since 1995, when they accounted for 66.8% of this aggregate. It is important to be careful that, as happened between 2014 and 2019, the evolution of these more rigid expenditure components continue not to grow as much as GDP. This is to avoid reducing the space for more flexible, but no less necessary, expenditure, such as investment expenditure, to maintain the public capital stock and cope with climate change.

Age-related expenditures, mainly on pensions and health, have shown a continuous increase over time, posing economic, budgetary and social challenges. According to the recent medium- and long-term expenditure projections published in the 2021 Ageing Report, additional public finance efforts will be required to maintain the level of social benefits currently provided. This effort may even be underestimated in that exercise, since the projected decline in the future value of old-age pensions from the contributory system puts additional pressures on the non-contributory system. In fact, as the value of pensions approaches the established minimum legal value, the greater the number of beneficiaries that will have access to complementary benefits provided by the non-contributory system. Thus, it would be important to make an assessment of the adequacy of future benefits provided by the pension systems, including the effects of the reforms adopted. In the area of health expenditure, the European Commission projects an increase of 1.6 p.p. of GDP for Portugal between 2019 and 2070, the fourth highest in the European Union as a whole. Expenditure on long-term care in Portugal should increase from 0.4% of GDP in 2019 to 0.8% in 2070, an increase of 0.4 p.p. of GDP, which compares to an expected growth for the EU as a whole of 1.1 p.p. of GDP.

Contingent liabilities constitute a risk to the medium and long term sustainability of public finances.
The response to the pandemic crisis required the government to adopt extraordinary measures to support the liquidity of households and companies. Public guarantees granted to lines of credit created under COVID-19 and moratorium schemes on bank loans were the most common forms of liquidity support. According to information from the Directorate General of the Budget, the stock of guarantees granted by the general government increased from 4.8% of GDP in 2019 to 6.4% of GDP in 2020, as COVID-19 guarantees (3.2% of GDP) more than offset the 1.8 p.p. of GDP reduction in the stock of guarantees provided to the financial sector.

The liabilities of public companies classified outside general government are also a budgetary risk. This stems from the possible inability of these companies to meet their liabilities. The debt generated by these entities represented 3.3% of GDP in 2019, half of what it was at the beginning of the 2007-2008 financial crisis. As a result of the pandemic crisis that began in 2020, there was a worsening of the debt of these entities to 3.6% of GDP, a level higher than that observed since 2016. Although the exterior and the financial sector account for almost three quarters of the financing of these entities, the general government sector was the one that recorded the largest increase in risk exposure to these same entities (sometimes referred to as non-reclassified public companies or NRPEs).

The CFP projects that, in the baseline scenario, the public debt ratio will assume a downward path over the next 15 years, reaching 91.1% of GDP in 2035. This exercise is based on the values projected in invariant policies for the period 2021-2025 and extends this horizon to 2035 assuming that: the primary balance reacts to the evolution of public debt in line with what has occurred in the recent past (as estimated by a fiscal reaction function, implicitly requiring economic policy changes); and economic and interest rate developments evolve in line with what is projected by the CFP.

Despite the expected downward path, risks associated with the high level of indebtedness in Portugal persist. In addition to the debt to GDP ratio of 135.2%, among the possible risk indicators of the budgetary situation are the (gross) financing needs to GDP, as well as the long-term trend (measured through the dependency ratio, the fertility rate and projections for health and pension expenditure), which signal a clear need for structural policies to correct the imbalances in a timely manner and change the direction of their evolution. The current monetary policy of maintaining interest rates at historically low levels is a unique opportunity, with a sustained fiscal effort, to achieve a significant reduction in debt as a percentage of GDP. In Portugal, however, fiscal policy has not been sufficiently counter-cyclical in the favorable (growth) phase of the economic cycle to build a sufficiently large fiscal space to prepare the country for the economic and fiscal consequences of an unfavorable shock. Such fiscal space would allow the free operation of automatic stabilizers, eventually aided by a counter-cyclical expansionary policy in the unfavorable phase of the economic cycle (in recessions). In this way, fiscal policy could effectively stabilize the economy by minimizing rather than exacerbating cyclical fluctuations.

In sum, maintaining debt sustainability is well within the country's reach as soon as fiscal policy is conducted with this constraint in mind.

Fiscal Risks and Public Finance Sustainability (2021) (in Portuguese only)